After the popularization of the Black Lives Matter movement in 2016, many Americans have learned that racial disparity is still alive and well in the United States. This inequality is readily apparent in news clips about housing, law enforcement, and education, but it doesn’t end there. One less frequently-discussed topic is how technology impacts racial minority groups within the greater United States.

Technological implications are not often considered by Western societies, mostly because technology has become so commonplace in white, middle-class (and even some lower-middle-class) households. But when things go wrong, glitches are noticed. Last year in the UK, nearly 2 million banking customers were locked out of their TSB accounts for a day, which prevented them from paying bills on time, making purchases, and other necessary elements of many peoples’ daily lives. In America, problems like this are so common that websites like downdetector.com exist to let others know they are not alone.

Shockingly, there are still people who are unaffected by these things despite how common they have become. Those people exist in a digital divide, and—in the United States—this digital divide is overwhelmingly made up of people of color. In 2000, only 4 million African Americans in the US had uninterrupted access to technology in their household, compared to 41 million people of white descent. Since 2000, that number has grown, but so too has the number of white people with access to technology, so the divide still exists, and it’s threatening for many reasons. First, people of color make up a huge consumer population in the United State. They spend $533 billion per year on consumer goods, and the Hispanic community spends $490 billion.

As consumerism works its way toward a primarily online market, those without access to the internet, computer technology, or even debit cards will suffer. But so too will the companies with primarily online presences. They will suffer major blows to their yearly profit. Luckily, people like Darien Dash are coming up with solutions to the problem of the digital divide.

Darien Dash and the Influences in His Life

Darien Dash did not grow up missing out on many things. He lived in a well-off suburban household and had the love and support that kids need to be successful. Although his parents divorced when he was eight years old, his mother provided him with a supportive upbringing. His sister even went on to play a vital role in the movie Clueless. After his mother and father divorced, she remarried Cecil Holmes, a top executive at Casablanca records. But the exposure to music also provided Darien with a look inside another world—the world of hustling.

He found himself torn between his sheltered suburban household and the words of the rappers and street artists he listened to. They highlighted racial divides, hustling, bringing themselves up in an otherwise hostile world, and more subjects that spoke to Dash.. But at the end of the day, having a stable house to go home to made a huge difference. As a teen, he discovered the transformative powers of technology, which led him to becoming the head of DME Interactive Holdings.

The Birth of DME Interactive Holdings

Darien Dash’s love of technology was part of what fueled DME Interactive Holdings. However, with technology booming in rich, white areas around the country, he knew that he needed to focus his efforts on other members of the population who weren’t benefiting as much from the technological boom. DME Interactive Holdings focuses on building hardware and software infrastructures around the United States. On the stock market, it is privately owned and focuses on drawing in investors from racial minorities around the United States. 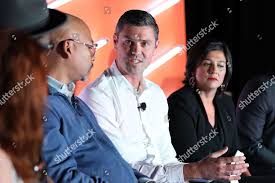 But why is it important to both diversify technology as well as the stock market? The answer comes from using consumerism as a means of power within a consumer-based society. Dash’s own experience both with technology and with political activism has shaped the way he invests. He received his degree in political science from the University of Southern California. After graduating, instead of taking a political science route for his career, he got his first jobs in the technology sector and moved up from there.

But just because he went into technology does not mean that he abandoned his political science interests. He spent his time working in the technology sector hoping to make up for the years that African Americans had been left out of that field of industry. Darien Dash also worked under the Clinton 2000 presidential campaign. Because part of Bill Clinton’s campaign at the time was to make the internet more accessible for all Americans, his ambitions fit right in with the leading presidential candidate of the time. Just a year before that, in 1999, DME Interactive Holdings became the first African American-owned, publicly-traded internet company. This was history in the making; not only was it a sign that Darien Dash had a bright future, but also a sign that the country was ready to start addressing issues related to the digital divide.

So, what is in the future for Darien Dash as the tech world continues to expand? While developed countries continue to depend on technology, he will continue to make products for the consumers that get left out. The digital divide has not gone anywhere; the lack of access to technology for minority groups has only grown with the advent of smartphones, tablets, and widespread internet use. Therefore, Darien Dash and DME Interactive Holdings will strive to continue to bring low-cost technology options to those who need it, and in turn, they will help bring light to some of the political and socioeconomic issues that divide our country today.